We are delighted to share the video of the complete one hour solo performance of Bound Feet Blues – A Life Told in Shoes. It is now up online on YouTube. So if you didn’t manage to get tickets for the live show – or if you did see the show on stage and would like a reprise – here it is for everyone to enjoy.

The show run is now over but you can  BUY BOUND FEET BLUES, THE BOOK – please click on the links below: 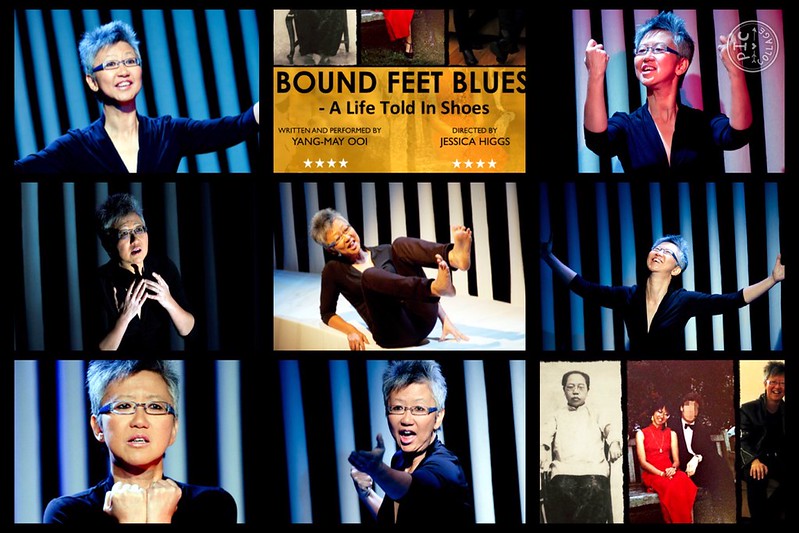 Watch the evolution of writer Yang-May  Ooi as a performer in these three short videos which capture her performance of Bound Feet Blues in its three incarnations – from the very first scratch night performance in March 2014 to the full production in Nov/ Dec 2015.

This is the first ever performance of Bound Feet Blues in public. When Yang-May took to the floor, she was trying out an unfinished script without a director and just seeing where the experience would take her. In the audience was one of the producers of the South East Asian Arts Festival (SEA Arts Fest) who invited her to bring the completed piece to the Festival in Oct that year.

Yang-May captures the drama and tension of that first performance in the book version of Bound Feet Blues, available from Amazon.

The showcase performance was a one night performance at Tristan Bates Theatre, London that was sold out even before the show was widely publicised on the BBC and elsewhere. The showcase was directed by Jessica Higgs and produced by Eldarin Yeong with R&D funding from Arts Council, England. It was part of the SEA Arts Festival 2014. The performance was 4+ star reviewed and its success enabled Yang-May and her creative team to move forward with the three week full production the next year.

The full production ran for three weeks at the Tristan Bates Theatre. Of the 15 performances, 12 were largely sold out with people queuing for returns. The creative team now included Hua Tan who designed the beautiful set and evocative lighting, costumier Carol Alayne  and production manager Crin Claxton. The production was supported by funding from Arts Council, England, THFC (The Housing Finance Corporation) and Maclay Murray Spens. It was part of the SEA Arts Festival 2015.

The show run is now over but you can  BUY BOUND FEET BLUES, THE BOOK – please click on the links below: 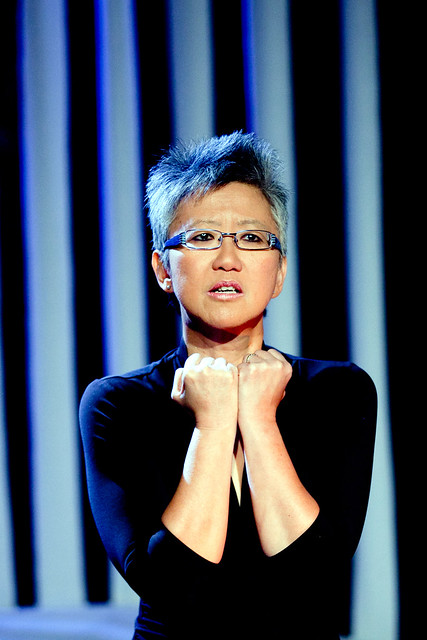