I am very excited to share with you the new cover for Mindgame, my second novel and the first – and only – Malaysian lesbian thriller! 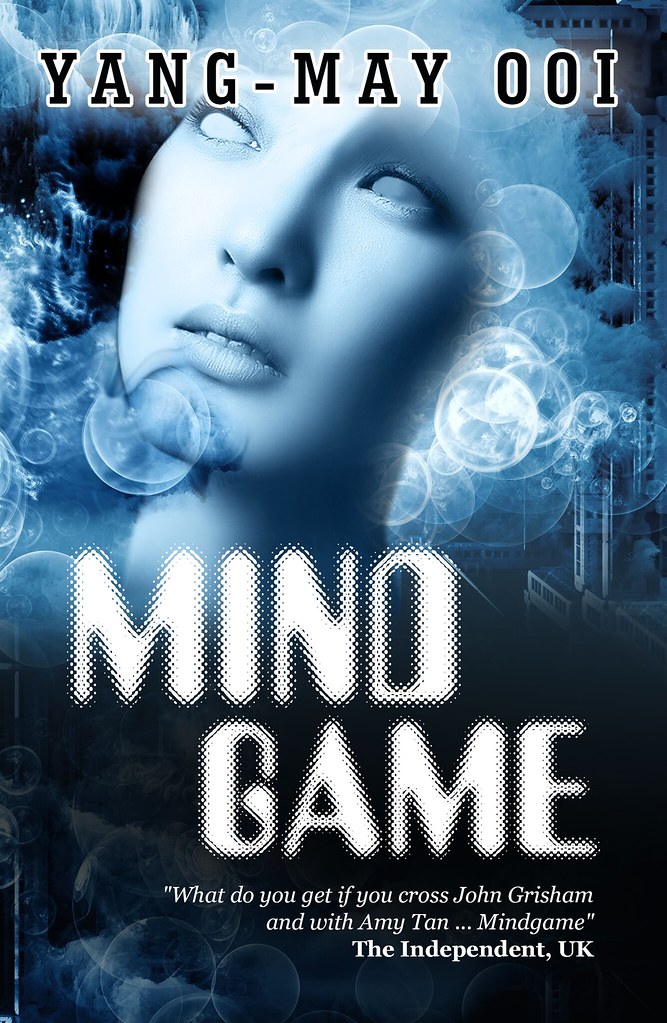 The cover is designed by Monsoon Books for the new ebook version that they will be bringing out shortly. It depicts the dark themes of the book quite well, I think:

# the dream-like, hallucinations bubble up around her, partly light, partly dark

# behind all that, there is an ominous building, evoking the scientific research centre behind the dark goings-on

# and, of course, at the core of the story is a beautiful, dynamic Chinese female lawyer…

The original novel came out in 2001 and has been out of print for a number of years now. So I am super delighted that it will be available again as an ebook for a global audience, including America where it was not previously available.

The book is not directly relevant to bound feet or Bound Feet Blues but the reason I’m blogging about it here is that the themes addressed in the Mindgame are part of the same continuum as the themes I explore in my solo show – as I wrote about in “What do bound feet have in common with a lesbian thriller? I hope that if you’ve been finding this blog about Bound Feet Blues interesting that you’ll check out Mindgame when it comes out ….

Yang-May Ooi is an award-winning TEDx speaker, bestselling author and story performer. Her work uses the power of personal narrative to inspire women to develop authentic confidence and become collaborative leaders. She is currently rehearsing a one woman story performance, Bound Feet Blues, which will be showcased in London’s West End in Oct 2014.